Pistoia was acknowledged as a Social Business City in 2012. The involvement of students, entrepreneurs, citizens and public administration has been fundamental in spreading the culture of social business at local level. This result would not have been achieved without the collaboration and constant support of the Fondazione Cassa di Risparmio di Pistoia e Pescia and the Fondazione Un Raggio di Luce.

The activities of the Social Business City programme have been and are still being developed and implemented by the Yunus Social Business Centre University of Florence. In recent years, the Pistoia model has also been replicated abroad, in particular in Barcelona, thanks to the support of local partners and Tandem Social, and in Taoyuan (Taiwan) which is currently a Social Business City candidate.

Since 2012, a large part of the territory of Pistoia has been involved in the activities of the PSBC programme. In the first years, two editions of the Social Business Day were realised, a day that aimed to raise awareness of social business and to deepen entrepreneurship and social innovation through conferences and events.

Subsequently, in order to get a clearer idea of the Third Sector in Pistoia and the evolution of social business within it, two consecutive mappings were carried out. The first one involved more than 200 organisations, while the second one focused on the 56 organisations that declared themselves social enterprises according to law 155/2006.

The other activities in the area are the high school students program and the training for aspring social entrepreneurs: Youth & Social Business and Grow Your Business!

An innovative way to foster the growth of actors of change

The Youth & Social Business training programme is designed to teach high school students in the Pistoia  the themes of social entrepreneurship and social business. The lessons include theoretical training, meetings with social entrepreneurs and in-depth studies. At the end of the training, students are involved in a competition among each other for social business ideas. The winners then have the opportunity to traverl with YSBCUF researchers, on a trip to get to know real social enterprises both in Italy and abroad.

In 8 years, Youth & Social Business has managed to involve about 1500 students in more than 7 institutions in Pistoia and its surroundings.

In 2017, the “Grow Your Business!” programme was launched with the aim of training and supporting entrepreneurs or aspiring entrepreneurs in the realisation of their social enterprise idea. The course is divided into training sessions, including lectures, exercises and case studies, and meetings with professionals. At the end of the course, participants submit their ideas to an evaluation committee. If the evaluation committee deems it appropriate, aspiring entrepreneurs win a grant for the start-up of their own business.

Thanks to the skills acquired, entrepreneurs or aspiring social entrepreneurs can present their idea to other potential investors.

Diversity is our strength

Better Social is a social enterprise whose first goal is the employment of people with disabilities. Thanks to new technologies and new working and collaboration methods it aims at breaking this cultural barrier that contibute in keeping many people on the sidelines.

Hyper Social Club aims at offering a second chance to disadvantaged workers that have lost their jobs towards the end of their career for causes directly or indirectly linked to the economic and health crisis, thus enhancing their talent, skills and working experience.

The traditional art of paper-making

The social enterprise “Magnani Pescia” is based in a small town near Pistoia and employs 12 people. The vision of this unique social enterprise is to preserve the art of papermaking. Its mission is to save this cultural heritage by producing exclusive and high-quality paper products, thus creating socio-economic value.

“Il Cappellaio Matto”, “The Mad Hatter” in English, is a “pink” social cooperative created by three women with a sound
expertise in the field of children education. “Il Cappellaio Matto” organizes laboratories and group activities to stimulate the kids’ creativity. It provides an inclusive environment for children with special needs.

”"Thanks to the consultancy and training program

we have been able to define the scope of our enterprise
and evaluate the core elements of the business,
such as the business plan and the communication activity.
Moreover, the funding opportunities gave us the chance
to cover the startup costs." 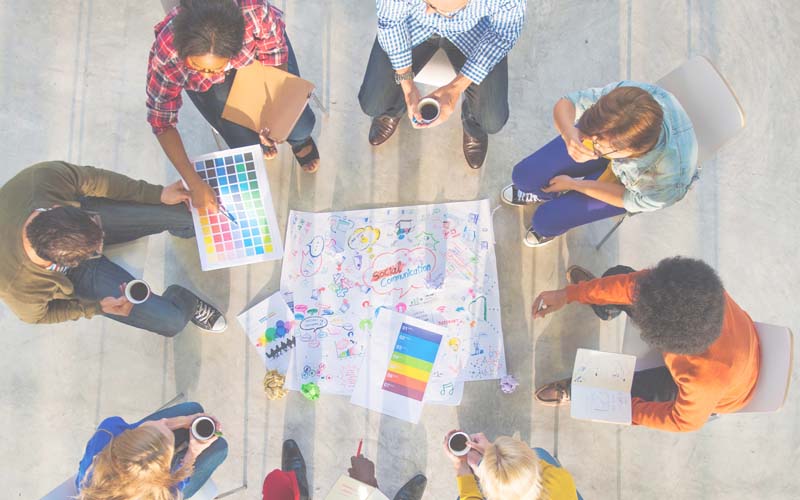